Back in the seventies, I had a friend by the name of Super Joe Einhorn. In my opinion Super was a much better Motorcycle jumper then Evil was.

Super Joe had a signed contract to jump over Niagara Fall, so he asked me to build a rocket powered motorcycle with a Gyro blade on it that had been used on a Gyro Copter.

The plan was to use the rocket motor to get the forward motion to launch the cycle off the ramp and the Gyro blade would give him and the bike lift to help extended the length of the jump.

Before he landed on the other side of Niagara Falls. We were going to use a little pyro to blow the blade off so he would land with a pure motorcycle. The whole thing sounds a little crazy but, as it turned out. Super Joe had a major motorcycle accident while performing and suffer serious injuries so he had to retire before the Niagara Falls jump. To this day, I still have the motorcycle. 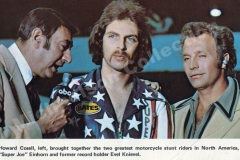 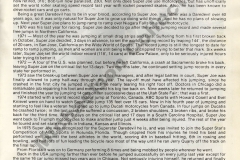 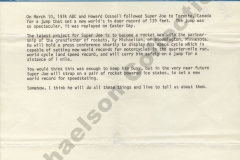 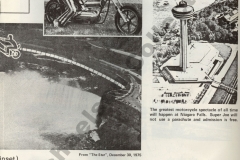 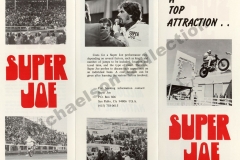 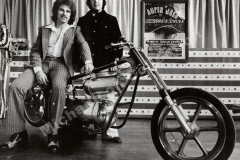 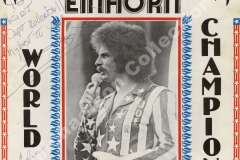 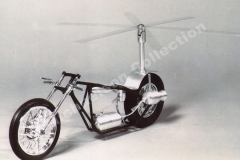 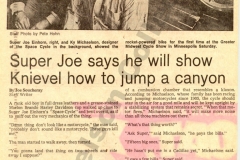 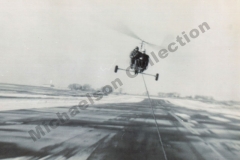 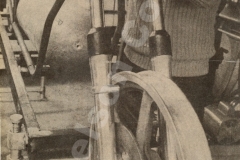 Back in 1977 I was contracted to build a Rocket Powered Motorcycle For a guy they called, “The Human Fly”. They sent me a brand new Harley Davidson motorcycle still in the crate to use.

I rode it one mile, brought it back to the shop and pulled the engine out of it. Then built two 1,500 lb thrust hydrogen peroxide rocket motors for it. The bike was built to jump over 27 buses at one time. And now 30 years later, I bought the bike back, it only has just 3 miles on it. I still have it in my personal collection.