In 1973 Ky Michaelson built the propulsion system for Jim Hodges funny car called “The Alabama Express.” The car was powered by one of Ky’s 3,500 lb thrust Hydrogen Peroxide Rockets. The car was put into retirement in 1979. 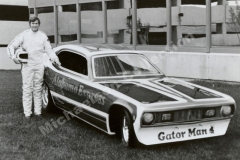 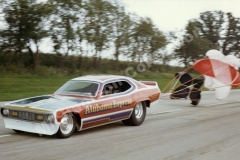 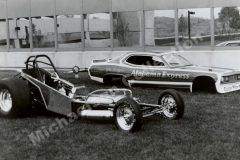 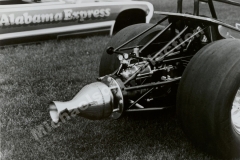 I took the four pictures below when visiting Don Gartlit’s museum. If anyone has any information on the “Pocket Rocket” funny car. Please email me… 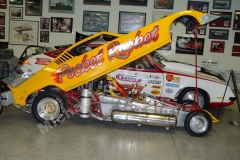 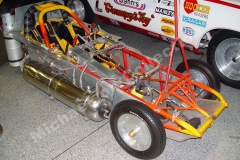 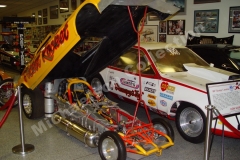 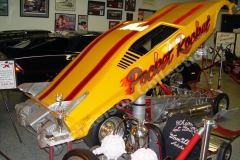 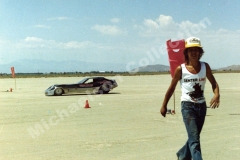 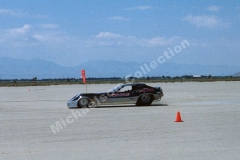 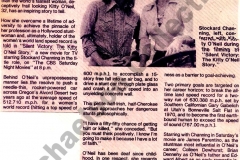 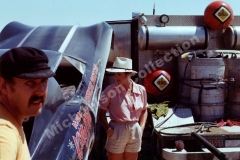 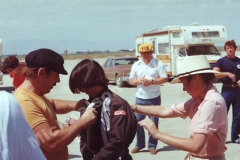 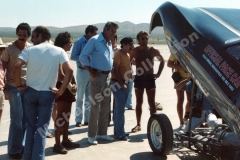 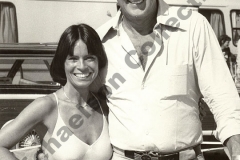 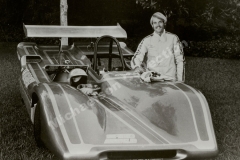 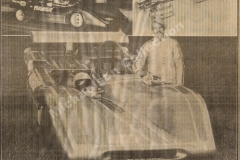 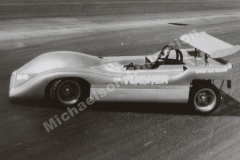